After graduating from the University of the Virgin Islands, I was accepted into the Marine Science Masters Program at Moss Landing Marine Laboratories in California. At MLML I was a student in the Phycology Lab and was mentored by Dr. Mike Graham. I became particularly interested in the Red Algae (Rodophyta) and their ability to alter their coloration. Specifically, I was interested in two species here in the California intertidal zone: Mazzaella flaccida and Mazzaella splendens. 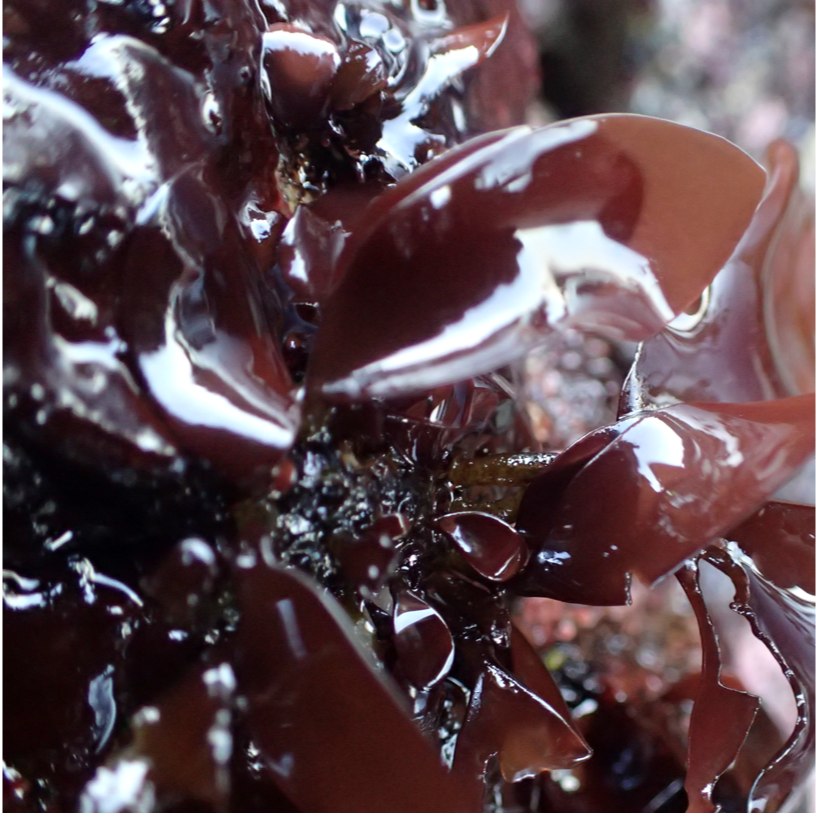 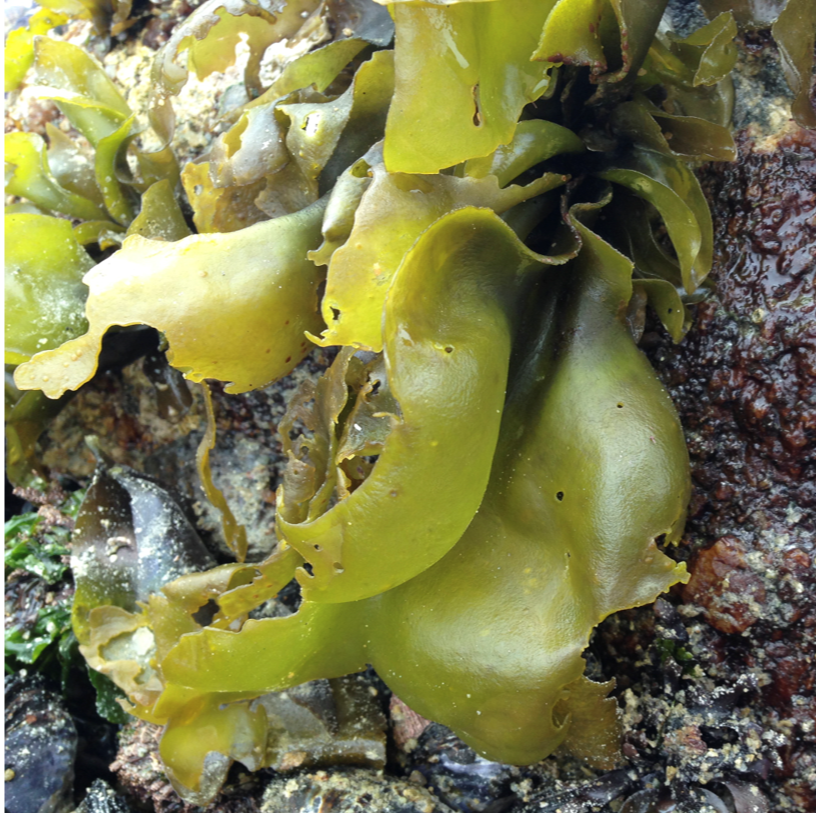 California’s intertidal seaweeds Mazzaella flaccida and Mazzaella splendens reside in different intertidal zones. The yellow-green M. flaccida is found in the high- and mid-intertidal, while the brown-purple M. splendens is found in the mid- and low-intertidal. These differences in intertidal position and blade color, in addition to minute differences in morphology, are typically used to differentiate these species in the field. However, a reciprocal transplant study by Foster (1982) found that, not only can M. flaccida and M. splendens reside in each other’s zone, but the color of M. splendens can change to the yellow-green of M. flaccida. Thus, Foster (1982) suggested that these two species may be conspecifics. Presently, genetic evidence supports the separation of both species, however, little progress has been made towards determining the cause, mechanism, and impact of this chromatic plasticity on thallus physiology. 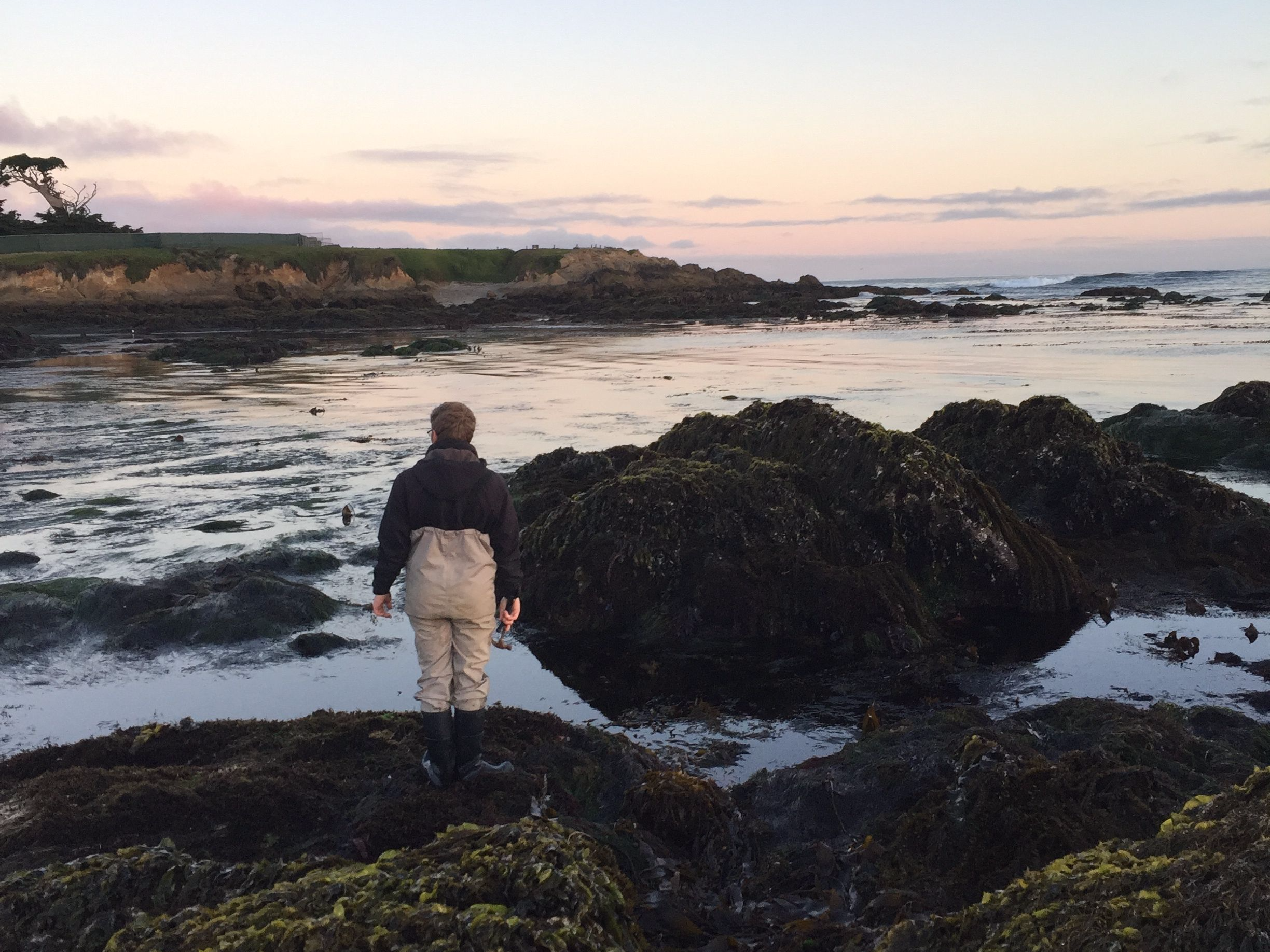 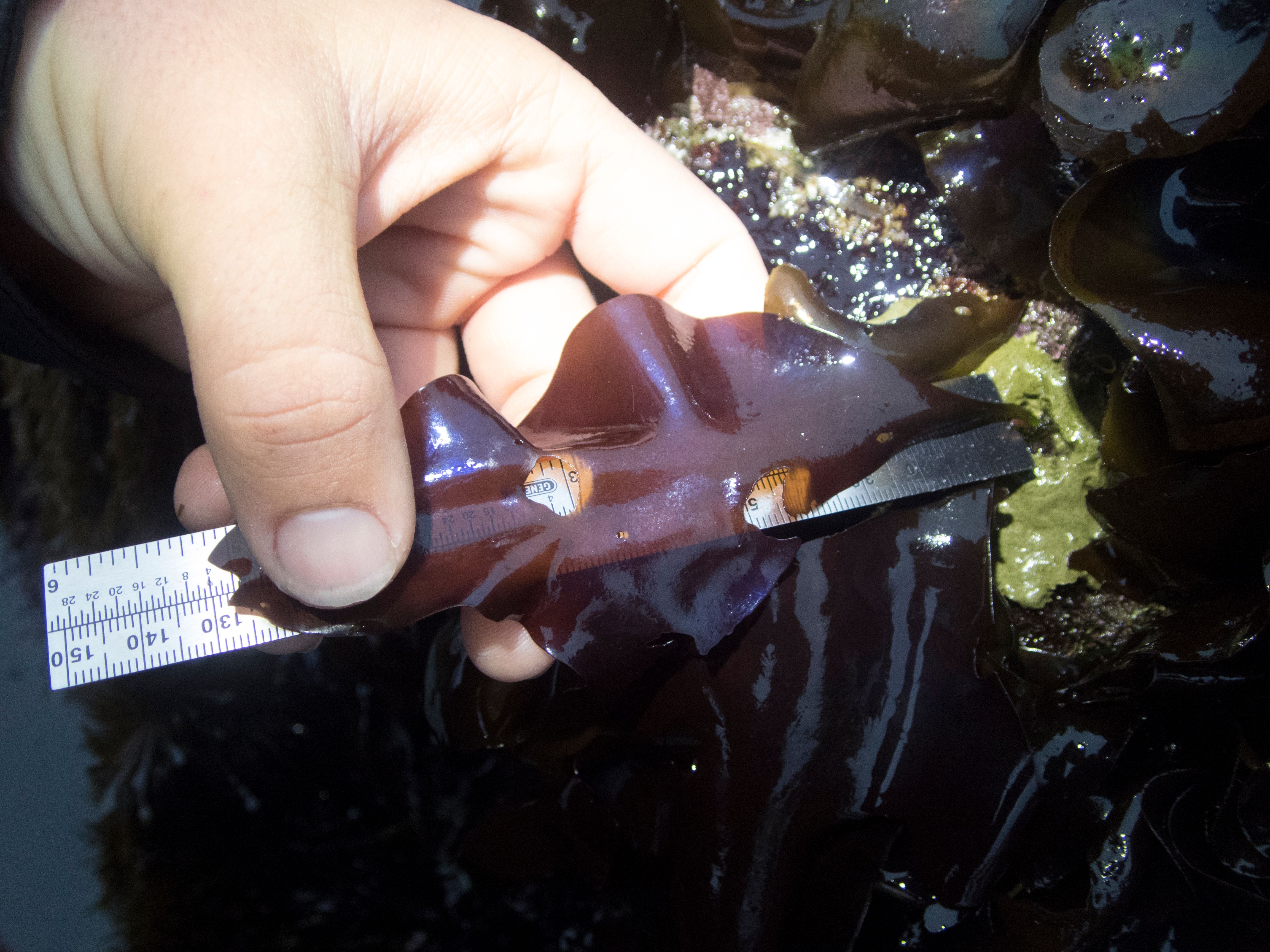 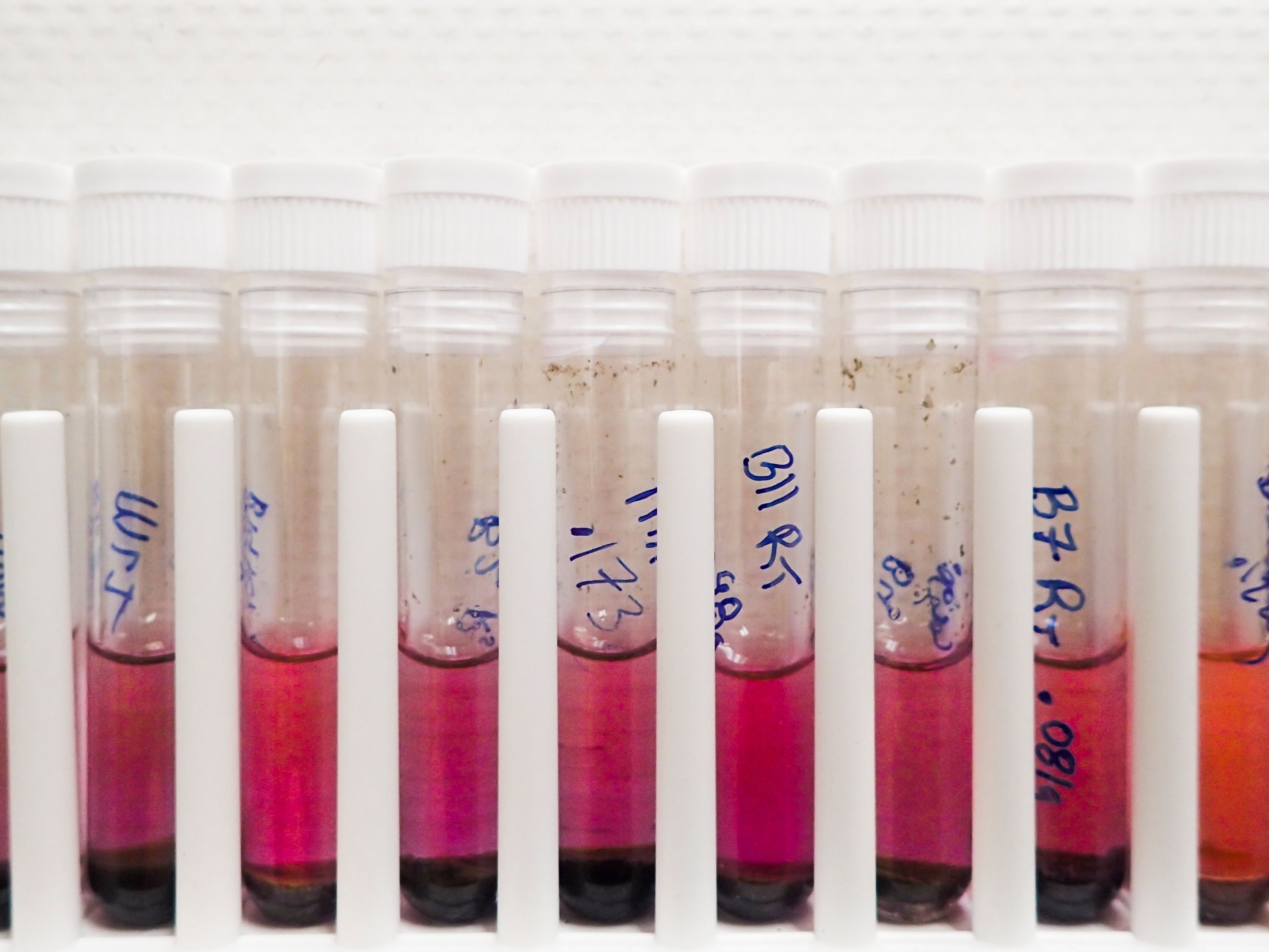 My study served to further our understanding of this chromatic plasticity in Mazzaella through a series of field and laboratory experiments. In the field experiment, 360 individuals (180 of each species, 90 controls and 90 experimental) were reciprocally transplanted within the intertidal zones of 3 central California sites. Thereafter, transplants were monitored monthly from June – October for blade size and presence. In October, all transplants were removed for pigment analysis. In the laboratory experiments pigment concentrations of both species were quantified from seaweeds cultured in reduced or replete irradiances and nitrate concentrations. Differences in blade size, pigment composition, and survival between site, intertidal zone, species, and culture treatment were investigated with 2-way ANOVAs and non-parametric tests.